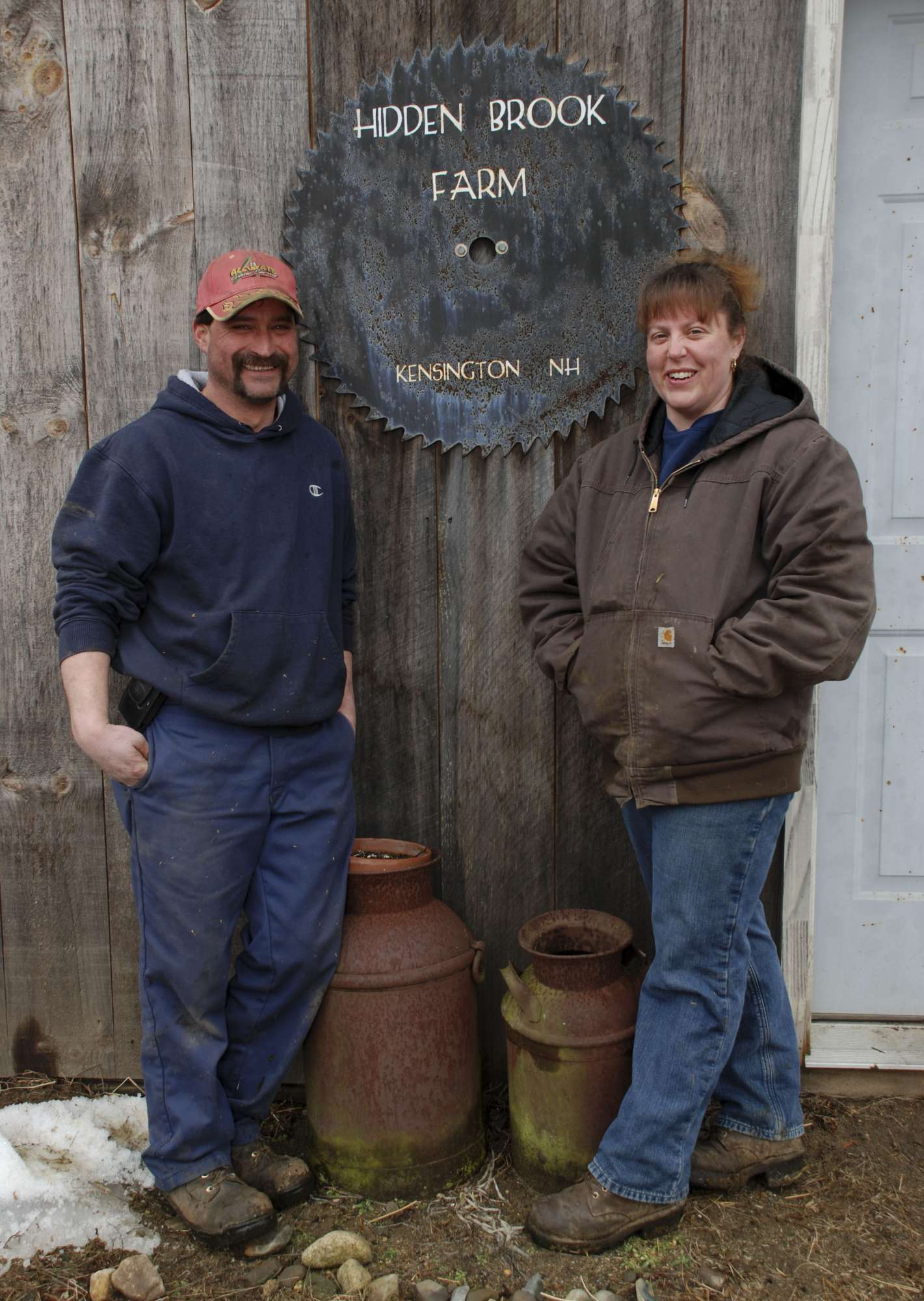 Chris Batchelder’s great grandfather owned a farm in Kensington, but it had long since vanished by the time young Chris was born. Even though he did not grow up on a farm, Chris’ farming roots have always been tugging at him. He and his wife Holly own and operate Hidden Brook Farm in Kensington, NH.

“For us, farming began as a hobby,” says Chris. “We started out with a couple of cows and 10 chickens, and we kept adding on until now we have 40 cows and 230 chickens. Plus, we also grow tomatoes, cucumbers, squash, green beans and potatoes. We learned so much over the years about raising animals and learning the business of farming. Most importantly, we learned how much we love doing this work.”

Chris and Holly also own two draft horses and offer carriage and sleigh rides. Holly especially loves the horses and watching how much kids enjoy the rides.

“Farming was always part of my life growing up.” Chris tells us. “I grew up in Kensington next to a small dairy farm. From the age of ten I worked there, helping out in whatever needed to be done. I’ve had several jobs over the years, but I always kept a little farming in my life.”

When Holly first met Chris 22 years ago, she had no idea they would one day own a farm. “I didn’t know what I was getting into,” she laughs. “We both love the animals and the lifestyle that allows us to be together. Family time is very important to us – even if it is doing chores together.” Their daughter Katlyn also helps out. “It is a lot of work, but it rewarding.” Says Holly. “We feel very connected to the rhythm of life. It is so moving to see the birth of the calves and to be there to help.” 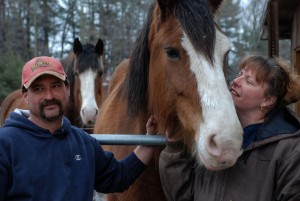 As a first generation farmer, Chris has been lucky to have wonderful mentors. “Harry Bodwell and his son Hal who own Bodwell’s Farm in Kensington have both been mentors for us,” he explains. “They showed us the ropes, and helped us understand what we were doing wrong – and have given us invaluable advice over the years.”

Chris says they raise their animals to be as healthy as possible so their beef is mostly grassfed with just a little bit of grain. The cows have plenty of pasture space and their chickens are cage free with room to roam around.